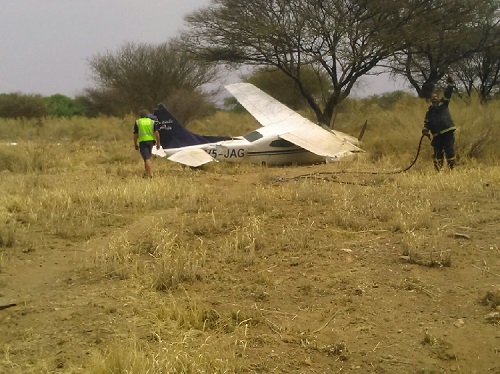 A German family and their South African pilot died Tuesday when their plane crashed on takeoff on the river island of Impalila in northeast Namibia, local authorities said.

The four tourists were traveling in a Cessna 210, which crashed on one of the banks of the Zambezi River, police said.

“There were four occupants plus a pilot and all died on impact,” Inspector Elifas Kuwinga said in a statement.

The island is in the Kavango-Zambezi Game Reserve, a unique ecological site that also extends into Angola, Botswana, Namibia, Zambia, and Zimbabwe.

There are many lodges in the area for safari tourists. Namibia, a sparsely populated country in South West Africa, is renowned for its wildlife and spectacular coastal desert.