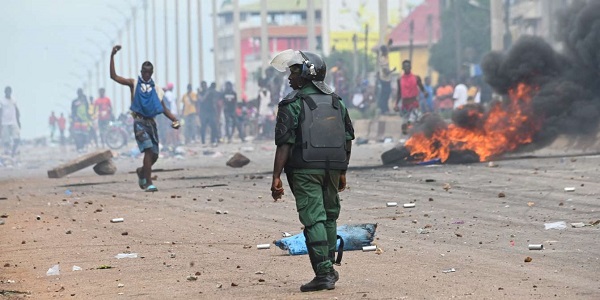 TOPSHOT - A police officer looks on as protesters block roads and hurl rocks in Conakry on July 28, 2022, after authorities prevented supporters of the opposition party, National Front for the Defence of the Constitution (FNDC), from gathering in the streets for a peaceful march. (Photo by CELLOU BINANI / AFP)

According to the justice minister, two leaders of a collective that organized demonstrations that left five people dead were charged and imprisoned after appearing on Monday before an examining magistrate at a court in the suburbs of Conakry.

On Thursday and Friday, bloody demonstrations against the junta, banned by the authorities, resulted in “five deaths many injured civilians and soldiers and significant material damage,” according to a statement Monday by former prosecutor Alphonse Charles Wright.

The junta chaired by Colonel Mamady Doumbouya, who overthrew President Alpha Conde on 5 September, requisitioned the army “for the maintenance of order”, and proceeded Friday and Saturday to dozens of arrests.

Among them, are Oumar Sylla alias Foniké Mangué and Ibrahima Diallo, two leaders of the National Front for the Defence of the Constitution (FNDC), a coalition of parties, trade unions, and civil society organizations behind the demonstration.

The two men, heard in the afternoon by an investigating judge, were charged with “participation in a prohibited gathering, looting, destruction of public and private property, assault and battery” and imprisoned in the civil prison of Conakry.

The prosecutor asked on Monday for a six-month suspended prison sentence and a fine of 500,000 fg (60 euros) against each of them. The FNDC denounced “yet another provocation and instrumentalization of justice” by the junta.

The collective, which had called for another protest movement on 4 August throughout the country to denounce the “unilateral management of the transition” by the junta, suspended the demonstrations on Saturday for a week “at the express request” of the head of state of Guinea-Bissau Umaro Sissoco Embalo, current president of the Economic Community of West African States (ECOWAS).

ECOWAS also called on Monday for “the Guinean authorities, the political class, and civil society to engage in an inclusive dialogue to defuse the tension and agree on a timetable and useful modalities for the peaceful restoration of constitutional order.

The day before, the “Forces vives de la nation”, a coalition of political parties, trade unions, and civil society organizations, also demanded “the immediate opening of a framework for inclusive dialogue” and threatened new demonstrations from 15 August 2022 throughout the national territory. 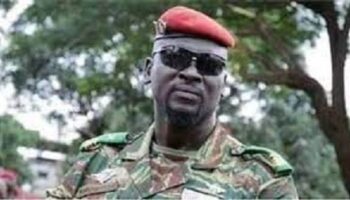 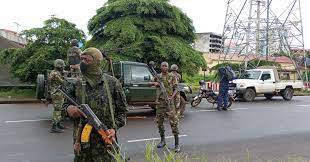 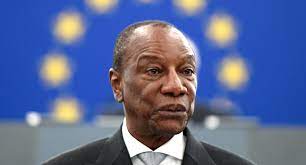