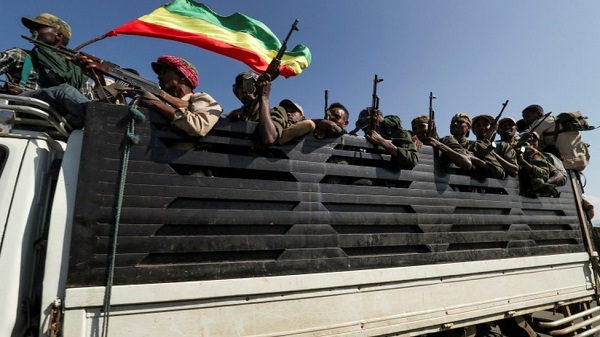 Ethiopia now ranks with Eritrea as the biggest jailers of journalists in sub-Saharan Africa, a new report from the Committee to Protect Journalists says.

At least 63 journalists and media workers have been arrested in Ethiopia since the Tigray conflict broke out in November 2020, according to the report.

Ethiopia long had a reputation for media censorship under the previous government led by the Tigray People’s Liberation Front, or TPLF, which is now fighting the federal government.

After he came to power in 2018, current Prime Minister Abiy Ahmed promised to ease restrictions and usher in a new area of freedom of expression.

But rights groups have documented a deteriorating media environment since the Tigray war started that has seen several journalists detained, threatened, and assaulted.

Two local journalists have been killed in disputed circumstances since November 2020, and two foreign correspondents working for The New York Times and The Economist have been expelled from the country.

The country has also seen several communications shutdowns, including in Tigray, which has been without phone and internet service since the TPLF retook most of the region in June 2021.

Muthoki Mumo, CPJ’s representative for sub-Saharan Africa, said the arrested journalists were producing work that was “dissenting from the dominant state narrative of the war.”

“Some journalists have also been targeted due to perceptions that their work might favor certain political groups,” Mumo said. “But through all of this, what we can say is that these arrests indicate a conflation of journalistic work, of critical commentary with criminal activity, and that is very dangerous.”

At least eight of the journalists and media workers whose arrests were documented by the Committee to Protect Journalists remain behind bars.

The group said most of the arrests follow a “similar pattern,” with journalists held in detention for several weeks without having formal charges brought, while authorities request more time to investigate them.

Ethiopia’s government has previously denied targeting journalists, saying that the police have followed due process and only detained those who have broken the country’s media laws.