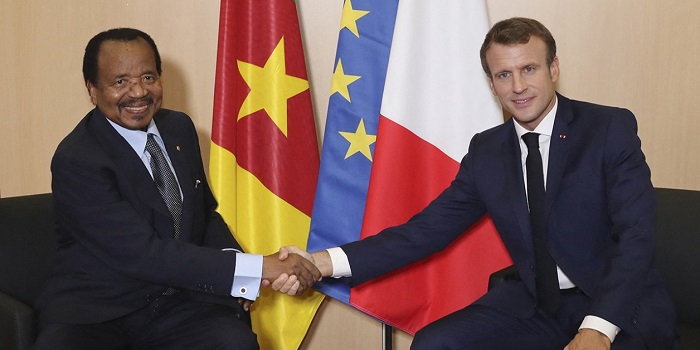 France’s President Emmanuel Macron has said the archives on French colonial rule in Cameroon would be opened “in full” and asked historians to shed light on the period’s “painful moments”.

Macron, speaking in the Cameroonian capital Yaounde on Tuesday, said he wanted historians from both countries to work together on investigating the past and establish “responsibilities”.

Tens of thousands of supporters of the Union of the Peoples of Cameroon (UPC) party, including independence leader Ruben Um Nyobe, were killed by the French army.

Former President Francois Hollande in 2015 conceded that France’s colonial past in Cameroon brought “tragic” moments and said he was open to opening the archives.

A group of Cameroonian political parties on Monday called on Macron to recognize the “crimes” France committed during the colonial era.

Macron’s comments came on the first leg of a trip to three African countries where he hopes to reset France’s relations with the continent, where many nations are former French colonies.

The French leader is due to travel to Benin on Wednesday before ending his trip in Guinea-Bissau.

The 44-year-old has made concerted efforts to turn the page on painful episodes in France’s past.

The first French president born after Algeria’s bitter and protracted independence war ended, Macron called the colonization of the country “a crime against humanity” and said it was time France “looked our past in the face”.

He also commissioned a report by Algerian-born French historian Benjamin Stora on the colonial era in the North African country, although he ruled out making an official apology.

In 2021, France returned more than a dozen artifacts looted from Benin by colonial forces in 1892, soothing a source of friction between Paris and its former colony.

The food crisis one of Russia’s ‘weapons of war

Macron also described the global food crisis as one of Russia’s “weapons of war” during his visit to Cameroon, dismissing suggestions Western sanctions were to blame.

Cameroon, like many developing countries, is grappling with sharp increases in prices for oil, fertilizer, and foodstuffs. Severe fuel shortages hit the capital Yaounde last week leading to long queues at petrol stations.

Macron’s tour of Africa is also meant to help boost agricultural production amid the growing food insecurity linked to the war in Ukraine.

At the same time, anti-French sentiment is rising in France’s former West African colonies, where security concerns following a string of coups are stoking frustration and swinging public opinion in favor of Russia.

“We are blamed by some who say that European sanctions [on Russia] are the cause of the world food crisis, including in Africa. It is totally false,” Macron said during a meeting with the French community in Cameroon.

“Food, like energy, have become Russian weapons of war … We must help the African continent to produce more for itself,” Macron said.

Many African nations are dependent on Russian grain and energy, but they also buy Ukrainian grain, which has been disrupted by the conflict.

Moscow has denied responsibility for the food crisis, blaming Western sanctions for slowing its food and fertilizer exports and Ukraine for mining the approaches to its ports.

Cameroon, a mineral-rich Central African nation, is a significant food producer for the region, and Macron’s delegation will seek investment opportunities in the agricultural sector through a Food and Agriculture Resilience Mission initiative launched in March with the African Union to boost food production.