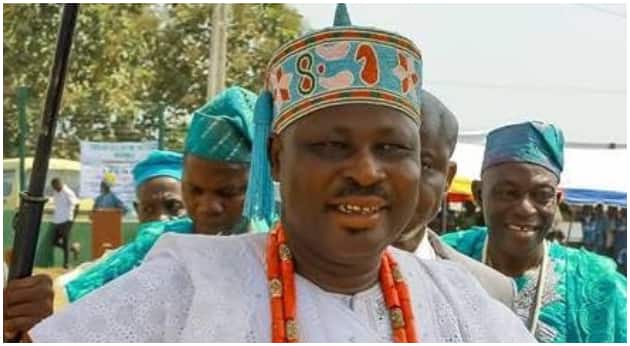 Reports have it that the Aseyin of Iseyin, Oba (Dr.) Abdulganiy Salawudeen Adekunle has joined his ancestors.

It was gathered that the traditional ruler has been in and out of hospital for some time now.

He reportedly died on Sunday morning at the University College Hospital (UCH) Ibadan.

According to sources in the town, his remains would be transferred from the hospital to the town tomorrow morning.

A former member of the Oyo state house of Assembly, who’s an indigene of Iseyin, has confirmed the death of the Yoruba monarch.

The former lawmaker who spoke as an anonymous said, “I have called some people when I heard the rumour in the morning.

“They later confirmed it to me this afternoon.

“The Aseyin is dead. His corpse would be moved from the hospital tomorrow morning”.