Award-winning Nigerian singer and songwriter, Oluwatobiloba Daniel Anidugbe, better known by his stage name Kizz Daniel has broken a record in the music industry as the most streamed artiste on Boomplay.

This achievement was announced by Boomplay, one of the biggest digital streaming platforms in Africa on Wednesday.

Barnabas’ was the first to hit over 100 million streams on Boomplay music making him the current most streamed artist on the platform.

With this feat, Kizz Daniel becomes the leader of Boomplay’s Golden Club.

The 28-year-old Afropop singer released the visuals of Buga after the song has amassed over 17 million views on YouTube. Since its release, it has topped the charts of various online music streaming platforms.

The song had achieved the status of the most Shazamed song in the world and also held the number one position in over ten countries on the Apple Music Charts.

Shazam is an online application that can identify music, movies, advertising, and television shows, based on a short sample played and using the microphone on the device.

Kizz Daniel is regarded as one of the few Nigerian singers without a bad song, as every song he releases is a hit.

The Ogun State-born singer rose to fame when he began his music career in 2014 under G-Worldwide Entertainment record before he left the label following a well-publicised contract dispute and court case. 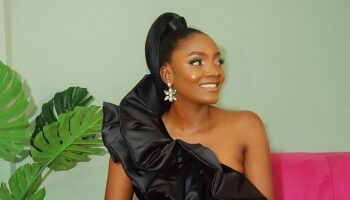