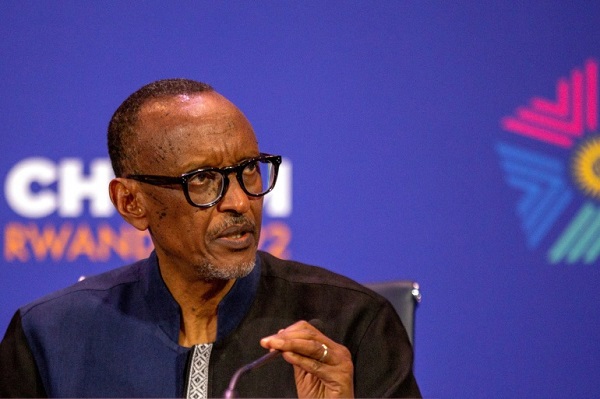 Rwanda’s leader, who has been in power for two decades, has said he would consider remaining in office for another 20 years.

In the last presidential election five years ago, official figures showed he won 99% of the vote, which many outside the country dismissed as a sham.

Asked if he would seek re-election, Mr Kagame said: “I would consider running for another 20 years. I have no problem with that.

“Elections are about people choosing.”

President Kagame fiercely defended Rwanda’s record on human rights at a Commonwealth summit in the capital Kigali in June.

Months earlier in April, the UK announced controversial plans to send some asylum seekers who reach its shores to Rwanda for processing there instead.

Mr Kagame himself came to power in 1994 after his rebel forces helped end the genocide.

Since then he has positioned himself as a champion of development, but his opponents say he maintains a tight grip over what is an authoritarian regime