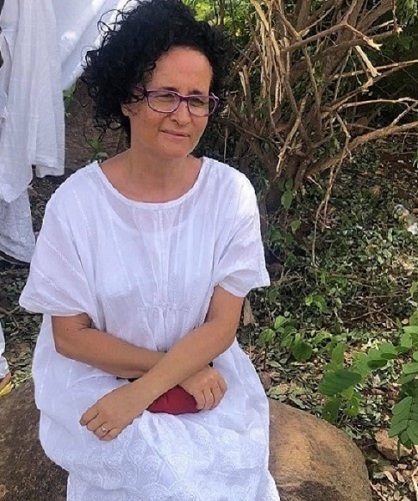 Dr. Paula Gomes Aduke, Cultural Ambassador of the institution of the Aláàfin

Sango Festival is an annual festival held among the Yoruba people in honour of the Sango, thunder and fire deity who was believed to possess supernatural powers. Sango is also a warlord and the third king of the Oyo Kingdom after succeeding Ajaka his elder brother. The festival is usually held in August at the palace of the Alaafin of Oyo and is also observed in over forty countries around the world.

This year’s festival would be celebrating after the demise of Alaafin, Oba Lamidi Adeyemi III, who joined his ancestors on 23rd April 2022 after reigning for fifty-two years on the throne of his forebears. 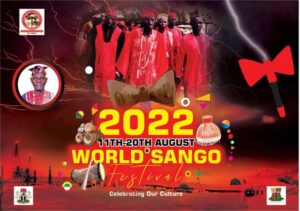 Dr. Paula Gomes Aduke who is the Cultural Ambassador to the institution of  Alaafin shares with African Development Magazine about the festivals and legacy.

“World Sango Festival is annually hosted in Oyo and our late father, Oba Adeyemi spent the latter years of his reign showcasing to the larger world on account of the historical significance of Sango to the socio-cultural development of Oyo and Yoruba land as a whole. Kabiyesi  Adeyemi III had sacrificed and resolved to give the World Sango Festival  global appeal with projection of magnetizing many more individuals and groups from foreign nations to Yoruba Land.” She said

However, the Sango Festival was included in the UNESCO inventory in 2017, only in 2019 it was submitted for nomination and finally in 2022 the full process has been completed for enlistment on the UNESCO Representative List of Intangible Cultural Heritage of Humanity.

World Sango Festival is the most significant in Oyo, as it is deeply linked to the survival of the people’s identity, culture and history. The annual Sango festival represents the community’s linkage and constant connection with its ancestral world, appreciation of the productivity season, and reaffirms the spiritual power of the Throne of Oyo.

It remains a socio-cultural mechanism of extreme importance for unity, mass participation, the sense of belonging and common identity of the Yoruba people. This is also a social practice, rituals and festive events deeply linked to social, religious, cultural and political institutions. It is a fundamental element for the maintenance of the identity of the city, unity among people since time immemorial and the survival of the heart and mind of Yoruba culture. It is the maintenance of coexistence with the ancestral world and nature.

The festival lasts ten days during the month of August with traditional practices and intensive beliefs that accommodate many cultural characteristics, and it is the period of heavy rains that marks the beginning of a new cycle of productivity season and a bond of renewal between the Alaafin and Sango, the ancestral spiritual world.

It is a festival that reflects the traditional diversity of its environment. Various activities take place such as traditional prayers, rituals, declamation of oral poetry to the rhythm of traditional drums, followed by traditional dance to evoke the ancestors and the exchange of traditional gifts between the royal palace and the main Shrine of Sango Koso.

This is also the period that the Orisa pilgrims will invoke the mercy and divine guidance of Sango divinity through the Olodumare. For many it is a time for devotion and supplication through belief, sharing of love and respect to the Will of Olodumare . With fervent hope and strong faith in Olodumare , all Olorisa pilgrims will receive the divine grace of Olodumare.

Sango priests are expected to be at the prayer ceremony with the blessing ceremony for the offering of bitter kola, silence and mutual co- existence. They are expected to sit by the shrine and devotionally pray to the Olodumare, while some priests will carry the bitter kola in the Calabash, open it and spray it with water. There will be a sense of fulfillment to those who make it all the way.

The highlight of the Festival takes place on the first and last day. The first day is the celebration of the Traditional NEW YEAR (Odún Ìbílè Tuntun), which begins with the new 13 monthly cycle of the Yoruba Indigenous Calendar, when the High Chief Mogba Koso accompanied by the chants of the sacred Sango Pipe along Koso performs the sacred rites to Sàngó at the main sacred shrine at Koso.

The Last day is another import day when the population of the city gathers in Koso and eagerly awaits the arrival of Elegun  Sango Koso, leading the crowd towards the palace for the final spiritual blessing of the feast. The Alaafin withdraws from the palace, as it is strictly forbidden for him to see the manifested ancestral spirit of Sango. 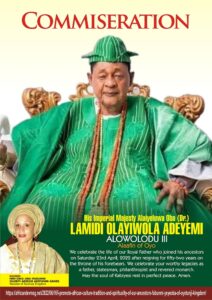 The Festival is a particular expression and probably the most distinctive of the intangible heritage of the city of Oyo uniting all forms of knowledge. As such, it covers the full range of techniques, skills and crafts through which the cultural values, customs and traditions of Oyo people manifest them. As an indigenous society, traditions are perpetuated as a generational legacy and transmitted through oral transmission.

The Yoruba language is still used to convey the linguistic values incorporated from the ancestral identity of the traditional community in general. For example, reciting the traditional “Oriki Sango Pipe” (praise poems) as a way of codifying historical advance in an interpretable and intelligible way, is a clear example of the rich oral heritage related to the ancestor Sango, and indispensable for the realization of the Festival. Learning “Oriki Sango Pipe” poems, songs, prayers, liturgical rites, dance, natural medicinal production, divination, percussion and even dance starts from a young age. To ensure that parts of this rich and complex oral legacy, performing arts and learning are not lost, traditional families impart their knowledge through the informal method, teaching their male and female children and other community members. This learning system is the basis of the successful resistance of Oyo traditions.