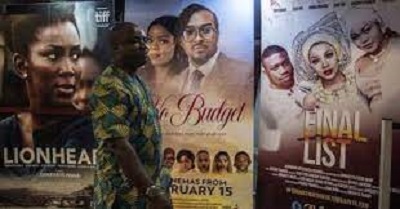 A joint project between a Nigeria film production house and Lagos State government is training students to make African stories for a wider international public.

“It’s been an awesome experience because I see film now from a different perspective and I really understand what film is all about, better now then what I used to know before” said the filmmaking student.

Nigeria’s domestic film industry, or Nollywood, is massive, and prolific, second only to India’s Bollywood in terms of movies produced and well ahead of Hollywood.

“We have talent in Lagos, in Nigeria, but to work on an international scale it changes a little bit. So, what the school does, it formats the way people work on an international standard, in other words, we allow these guys to go through a full production cycle from script development, to casting, to pre-production to production and post”, explained Theart Korsten, EbonyLife Creative Academy head of school.

Nigeria’s film industry made up 2.3 percent of the national GDP or $660 million last year.

The rise of streaming platforms is also creating demand for better films from beyond western studios.

So, it’s making a lot of Nigerians, you know filmmakers, now realise that their stories can actually be seen on a universal scale but at the same time they have to conform to certain relatable ethics, storytelling technics”, concluded Daniel Oriahi, head of the directing department.

For the Lagos State government, the investment was part of a drive to help the city’s creative industries.

Two more film schools will be part of the programme.