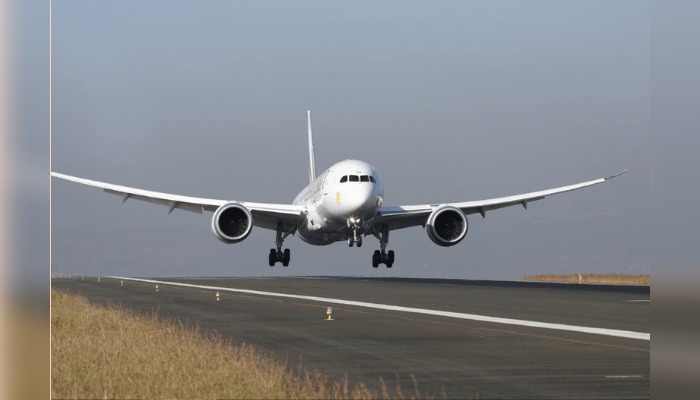 Over 70 airlines have gone into extinction in Nigeria in the past few years and three others currently in operation may collapse in the coming weeks, the Airline Operators of Nigeria said on Wednesday.

AON attributed the incessant collapse of airlines in Nigeria to the excessive charges confronting operators in the sector, among other concerns.

It, however, explained that the major reason capable of crumbling the operations of airlines currently was the high cost of aviation fuel, popularly called Jet A1.

Speaking on behalf of AON at the ongoing National Aviation Conference organised by the Federal Airports Authority of Nigeria in Abuja, the Chairman, Air Peace, Allen Onyema, said though airlines had been interfacing with the Federal Government on the high cost of aviation fuel, the commodity had continued its northward price movement. Barristerng reports

On the concerns in the sector and how it had been affecting airlines, the AON official said, “There are so many issues in the aviation industry. Issues like high taxes are making airlines to be unprofitable here.

“We pay excessive charges to the Nigerian Airspace Management Agency. Paying navigation charges is absurd for domestic operations. The mortality rate of airlines in Nigeria is alarming. Over 70 airlines have gone into extinction in the last few years.”

Commenting on the hike in the cost of Jet A1, Onyema said, “The current fuel crisis will take away three airlines in the next weeks. How do we make money in a situation where we pay salaries and charges to different aviation agencies?”

The jump in aviation fuel price as well as in the cost of diesel, which are both deregulated petroleum products, had led to the collapse of businesses both in the aviation and oil and gas sectors.

The National President, Natural Oil and Gas Suppliers Association, Bennett Korie, on Tuesday revealed that about 70 per cent of filling stations in Nigeria had closed shop due to the high cost of diesel.

He explained that the outlets had to shut down operations following their inability to purchase diesel at the current N850/litre price to power their trucks needed to transport petrol to their various stations nationwide.

In the aviation sector, Onyema also noted at the ongoing conference that the hike in aviation fuel price was putting severe strain on the operations of airlines. He, however, revealed that the Federal Government had given domestic airline operators some volumes of Jet A1.

“That is why we ran to the government and the Federal Government has given us about 10,000 metric tonnes of fuel at the cost of N580/litre in Lagos and about N607/litre outside Lagos,” he stated.

The Air Peace boss added, “This is not the only issue. Since the COVID-19 crisis, most airlines all over the world, including Nigeria have not recovered from COVID-19, except those whose countries have injected so much funds to assist airlines.

“This is nobody’s fault. It just happened. The government has tried its best by giving us this aviation fuel. This aviation fuel can take airlines out, not only in Nigeria but everywhere in the world.”

Onyema further noted that some airlines outside Nigeria had closed down because of the effects of rising aviation fuel, adding that the concerns should be addressed in Nigeria to avoid affecting the bottom line of all airlines in Nigeria.

The rise in global crude oil prices had warranted a hike in the cost of refined petroleum products across the world, a situation that had also heightened inflation in many countries, including Nigeria.

Also speaking on the cost of Jet A1, the Chairman, United Nigeria Airlines, Obiora Okonkwo, told journalists in Abuja that the government had listened to domestic airlines as regards the concern.

He said, “The government of the day was very magnanimous, kind, listened to us (domestic airlines) and put a lot of things in motion to manage the impact of the aviation fuel price increase.

“We are very happy and grateful to them but the truth of the situation is that those initiatives taken are still at the implementation stage. It has not been fully implemented, so we are not feeling the impact yet.

“Aviation fuel has continued to rise but I can tell you that some of those promises have been implemented and the impacts, we hope, we will feel soon.”

The hike in aviation fuel price also triggered a jump in the cost of airfares recently, as a one-hour flight ticket that earlier sold for an average of N30,000 rose to N50,000 as this was implemented by all domestic carriers.