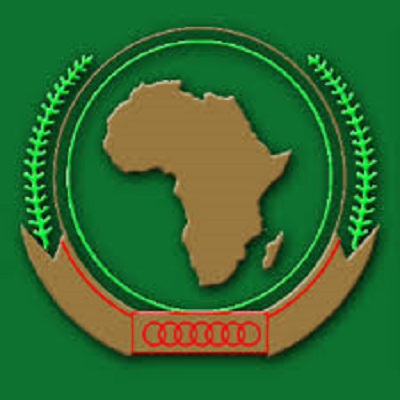 he African Union Mission in Somalia (AMISOM) on Tuesday celebrated International Women’s Day by paying special tribute to the role of female peacekeepers for their contribution towards a peaceful, safe and secure Somalia.

This year’s International Women’s Day was observed under the theme: “Gender equality today for a sustainable tomorrow.”

The ceremony, held in Mogadishu, was attended by a cross-section of women serving with the AMISOM military, police and civilian components. Also in attendance were female officers of the Somali security forces.

“Since the establishment of AMISOM in 2007, the number of women deployed under the mission has increased over the years, with several women taking up frontline and active roles in driving combat vehicles like the tankers and Armored Personnel Carriers, and being positioned in the Forward Operating Bases (FOBs),” said the Deputy Special Representative of the Chairperson of the African Union Commission for Somalia, Fiona Lortan, in her keynote address at the ceremony.

She said that women serving in AMISOM had demonstrated the readiness to serve under arduous and demanding conditions, leaving behind families for the sake of the mission in Somalia.

Today, the number of uniformed women peacekeepers is 1,017, which is the largest number globally of women serving in a peacekeeping mission

Ms. Lortan said the mission is committed to championing policies that encourage women’s participation in conflict resolution and peacebuilding processes and, also, the advancement of women’s social, political and economic rights.

AMISOM has continued to break gender biases in its operations including in protection of civilians, peacebuilding, conflict resolution and relief and recovery efforts by ensuring that women are equal partners in these processes.

“Today, the number of uniformed women peacekeepers is 1,017, which is the largest number globally of women serving in a peacekeeping mission,” Lortan said.

Among the women at the ceremony was Lt. Col. Judith Asiimwe of Uganda, who was among the first soldiers deployed to Somalia under AMISOM in 2007.

“I am honoured to have served in the first AMISOM UPDF deployment to Somalia. At the time we were only six ladies,” said Lt. Col. Asiimwe who is now in charge of transport at the AMISOM Force Headquarters.

At the event was the Chief Supply Chain OiC with the UN Support Office in Somalia, Ms. Qurat-ul-Ain Sadozai, who hailed women in Somalia as a beacon of hope and strength.

“Somali women have demonstrated their resilience during the protracted conflict and complex humanitarian crises, holding the families and communities together and keeping hope alive,” said Ms. Sadozai.

She added, “We need to recognize that women and girls are effective and powerful leaders and change-makers.”