Entertainment: What happen to Nigerian female emcees in the music industry? 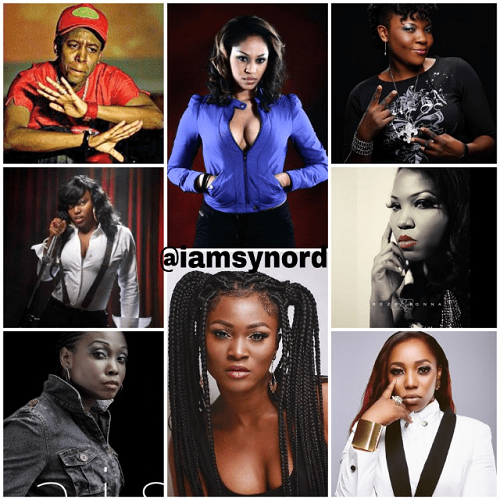 Nigeria, popularly known for its catchy Afrobeat’s by the likes of Wizkid, Davido, and Burna Boy was once booming with female EMCEEs. What happened?

It is not to say that there aren’t any women in the industry now, but the scene has changed drastically since the early 2000s. Take Sasha P, for instance. She was once known as the first lady of Nigerian hip-hop when they weren’t many females in the game. Songs like “Emi Le Gan” and “Adara” earned her spot as the first Nigerian female artist to perform at the World Music Awards in 2008. She even won Best Female Artist award at the MTV Africa Music Awards. She took a break from music, however, to work on her clothing line and hasn’t been heard since then musically according to HipHop Africa.

Another big hit is Eva Alordiah: a rapper, entertainer, make-up artist, fashion designer, and entrepreneur. Releasing her first hit in 2009, she remained consistent until around 2019 with features by Olamide, Phyno, Yemi Alade and more. Eva served as the face of female rap in Nigeria for quite some time before stopping to focus on herself. Despite the fame, she describes the “deep dark depression” she was in amidst a lost sense of identity. She left the rap scene to find herself and God, a necessary thing to do.

Weird MC, a British Nigerian named Adesola Idowu was another pioneer of female rap in the early 90s. You won’t see much of her on popular streaming sites, but she was topping charts in Nigeria all the way from the UK during her time. One of her songs, “Ijoya,” was produced by Don Jazzy and the album, “After the Storm,” won Best Pop Album at the 2007 Headies. Known for the way she infused the Yoruba language into her music, she continued making headway until a couple years back when a she lost a close friend and moved back to the UK.

There are more artists to name including Blaise, Bouqui, Mo’Cheddah, and more. Worldwide, but prominently in Nigeria, the rap scene is dominated by males. Today, no female truly rivals the top rappers in the country and it is a shame. Women are often sidelined to be background dancers adding to overly sensual music that degrades and objectifies women. A female artist can be a lyrical genius, but if she cannot move her body in a way that appeases record labels, it is not enough. The hope is that Nigerian Queens will take on the burden again to blaze the path for future female EMCEEs.

Daisy Firecracker may have the potential to reawaken the FEMCEEs of Nigeria.

Daisy or Anurika Happiness Mgbodim is a fire lyricist. From Anambra State, Nigeria, she has been working hard for some years now. You can hear the passion about her craft in this song “Dear Hustle” amidst the use of Pidgin English and Igbo language. This hustle is her “medicine” and she “will never leave [it].” I personally appreciate how smooth her flow is and the confidence or braggadoc(ia) in her music. As seen above, she has been proving herself in freestyle rooms, but also has singles and albums out. We will have to see where she goes from here, but I believe there is hope for women in Nigerian hip hop.