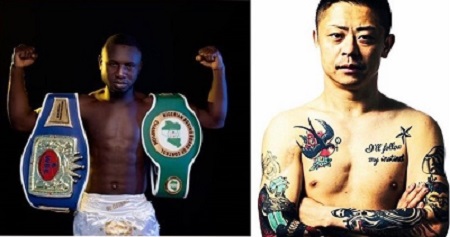 The organizer of a boxing show tagged: ‘Scorpion Stings Again’, scheduled for February 27, at the indoor hall of Obafemi Awolowo Stadium, Oke-ado Ibadan Core Afrique Boxing Promotion (COABOX) in collaboration with Moondream Promotion have confirmed appearance of two Japanese boxers for the show.

The unique boxing show which is first of its kind in the state will feature two Japanese boxers Oshikawa and Ryota in an exhibition bout while other two beautiful Japanese ladies will also be the card-girls during the boxing night.

Assuring the teeming boxing fans of their safety, The Chairman of Oyo State Chapter of Nigeria Boxing Board of Control (NBBofC), Hon. Gbenga Opaleye disclosed to newsmen in Ibadan that the boxing governing body fully backed the boxing show and all set to secure the venue with cooperation with all necessary security outfits in the state.

The high point of the boxing show is the international challenge bout between the WBF Super Featherweight Champion, Ridwan ‘Scorpion’ Oyekola facing Charlemagne Anicet from Benin Republic in the lightweight category.

Speaking in the same vein, Sola Ayodele, popularly known as Sola Ford, the CEO of COABOX, the boxing promotion firm that is organizing the show has also assured the Ibadan boxing lovers of perfect planning and topnotch logistical arrangements for ticketing, while promising an exciting boxing show that will leave a lasting memory in the minds of the boxing fans.

“Go online, apply, pick your date and come to our Command, and we will assist you.”-NIS Oyo Controller 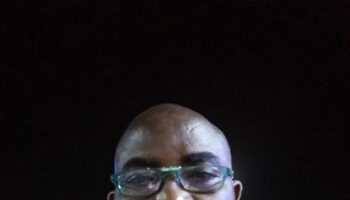