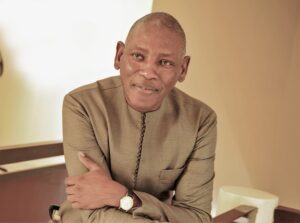 “Africa’s Year of Nutrition 2022 is Opportune and Timely”-Mr.Mabingwe

The United Nations Population Fund (UNFPA),  welcomes the vision behind the African Union (AU) theme for 2022: ‘Strengthening Resilience in Nutrition and Food Security on the African Continent: strengthening Agro-Food Systems, Health and Social Protection Systems for the Acceleration of Human, Social and Economic Capital Development’.

World hunger has been on the rise since 2015 and saw a dramatic increase as a result of COVID-19. The UN Food and Agricultural Organisation (FAO) says the number of food-insecure people rose by 318 million in 2020, 86 million of whom live in sub-Saharan Africa, the region with the highest prevalence of food insecurity – 66 per cent of the population.

Malnutrition is linked to poverty, low levels of education and poor access to health, including reproductive health services and family planning. The Cost of Hunger in Africa (COHA) study has demonstrated a direct link between poor nutrition and economic development, estimating that countries lose between 2 to 16 per cent of their annual gross domestic product (GDP) because of childhood stunting. These challenges threaten the realisation of the AU’s Agenda 2063 ‘The Africa We Want’. Food security is essential to achieve the continent’s long-term goals.

With the 2022 theme, the AU highlights the paramount importance of adequate nutrition for health and wellbeing, stimulating human capital development and the socio-economic potential of individuals, families and communities.

2022 presents an opportunity to invest more effectively in nutrition and accelerate the march towards people-driven development that harnesses the power of women and youth. As the continent with the youngest population in the world, Africa can experience a ‘demographic dividend’, as seen in Asian Tiger countries, when the economically active population became larger than the dependent population, leading to increased growth and prosperity. When food security improves, health, well-being and productivity follow, increasing the likelihood of achieving a demographic dividend.

Nutrition and food security are a springboard for a positive health outcome and sustainable economic development. The impetus, driven by the top level of Africa’s governance, will improve the nutrition of millions of young people, who will become more productive as a result, as well as further reduce maternal deaths; thousands of pregnant women die each year from severe iron-deficiency anaemia.

Nutrition and food security programs will also transform the lives of more than a third of Africa’s population under the age of five years and these will, in turn, curb the enormous losses caused by malnutrition on the continent’s GDP.

The focus on nutrition is timely, when according to the Ecological Threat Report 2021, climate change and demographic growth are driving increased food insecurity across the globe, with two ‘hotspots’ on the continent – southern Africa (from Angola to Madagascar) and the Sahel-Horn of Africa – both regions with weak socio-economic resilience, extreme ecological risk and a rapidly growing population.

By reinforcing the connection between nutrition and other key priority areas, this year’s theme is further evidence of the AU’s determination to tackle development challenges through integration.

There is a powerful multiplier effect when partnerships are built to upscale successful interventions. 2022 is an opportunity for new generation partnerships and UNFPA is committed to working closely with the AU and other partners to act to achieve priorities and implement the AU’s Agenda 2063 and the UN SDGs, as detailed in the UNFPA publication ‘GOAL 17: Partnership: UNFPA’s approach for the transformation of Africa and the world’.

Good nutrition is fundamental in securing the Africa we want. Throughout this Africa’s Year of Nutrition, the UNFPA calls on the international community to support the AU and the efforts of His Majesty King Letsie III, the AU Nutrition Champion, to invest in African solutions that eradicate food insecurity on the continent.

For more information about the UNFPA visit www.unfpa.org