Investment opportunities in conjunction with humanitarian assistance: An approach to economic development in Democratic Republic of Congo 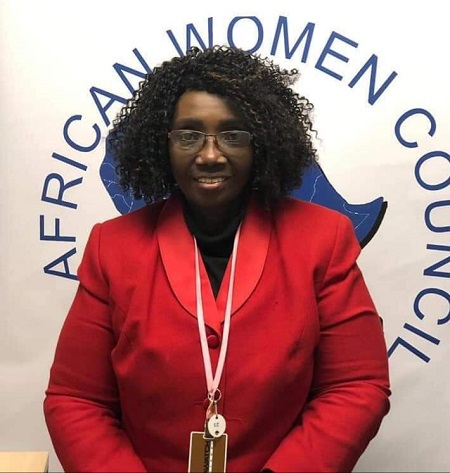 Marie-Rose Sirikari, President and Founder of African Women Council, Inc.
African Women Council, Inc. (AWC), a 501 (c) 3 humanitarian national and international organization based in the State of Maryland USA, hosted a live webcast to highlight the need for investment, as well as humitarian assistance in North- Kivu, DRC; particularly in Bapere Region. It was held on the occasion of the Democratic Republic of Congo’s 61st Independence Day celebration in Washington, DC.

AWC is the official partner of Societe’ Des Services Vihumbira (SSV Sarl) to advocate for American investors and companies to join the SSV (Sarl) in their businesses for mutual benefits, along with humanitarian assistance that will contribute to economic development, some efforts already underway in North-Kivu, especially those that will expand the capacity of projects already undertaken by SSV Sarl, and new proposed ventures in the Bapere region.

This was discussed during the virtually held occasion to commemorate the Democratic Republic of Congo’s 61st Independence Day celebration in Washington, DC. USA.  The webcast was joined by prominent discussants, experts, and citizens. The event was moderated by Marie-Rose Sirikari, President and Founder of African Women Council, Inc.

The first discussant Mr. Pierre Baracyetse, a geologist and architect discussed the importance of considering environmental protection as development takes place. He also stressed that since the Bapere region is part of the Equatorial forest, a program for renewable energy should be anticipated to reduce the effects of public works on the forest and on the livelihood of the residents of Bapere Region, North-Kivu- Democratic Republic of Congo. While appreciating AWC for what they represents , which border on value and advocate for peace. He showed his commitment as a civil engineer who is currently working on some projects assures that he understand that development contributes greatly to peace.

The discussion was then followed by representatives of Societe’ Des Service Vihumbira (SSV Sarl), a private company based in North-Kivu DRC, with a diverse portfolio of businesses in various industries including, mining, road construction, real-estate, agriculture, and imports. They owned concession of 20,000 hectares of virgin land in Bapere Region of North-Kivu province, Democratic Republic of Congo; that is available for all types of development projects.

Mr. Kambale Saambili Gervais, Project Executive and Director of Africa Gold Mining, a division of Societe’ Des Service Vihumbira (SSV Sarl); the Bapere region is abundant of natural resources such as fertile soil, minerals, rivers, and a lush forest. It has a large population and comprises of seven villages, but the most part has been untouched by the outside world. The concentration on this region is high because of the great potentials which can be transformed into a major business hub of varying industries. The region overflows with minerals such as gold, tin, coltan, casseterite, wolframite and much more. Its fertile soil for agriculture; and they have slated part of the land to produce coffee, cocoa, vanilla, sunflower and quinquina.

“We have learned a lot of history in the area of development of North-Kivu, especially Bapere. That is why we have tried to develop it ourselves for almost a year now, with Marie-Rose Sirikari, who represents African Women Council, Inc. Whom we joined in North-Kivu, in the area of welcoming investors to explore and exploit all business opportunties that will be found, and we believe all stakeholders will win together,” he stated

“We are inviting a U.S. Delegation to come and see what we have done, we have so far built 62 miles of the road and will finish the remaining  miles by the end of the year and how they have more than half way completed the construction of an approximately 102 mile road” he said

He concluded his presentation by highlighting their priority project blocks for the first phase of development they have, which are Mining, Industrial Park, Housing and Retail Real Estate Development; Schools and Health Care facilities and infrastructure (roads, water and electrical utilities, and sewer management). With Schools and HealthCare having been slated for AWC to build, given that these two areas have been and continue to be the pillars of the organization’s mission since its inception in 2002

Mr. Gervais, finally assured potential partners and investors of valid legal documents such as permits, licenses, titles, certificates, and other related pertinent legal documents from the central government,”  which implies that investors won’t face any challenges because the Project is part of the “Head of State Program for the Promotion of the Private Sector in DRC.”

In the same vein, Mr. Ismael Kabuyaya, Journalist, at Congo-Unis (Congo-United) based in North-Kivu Province, DRC said that the youth are jobless, which is one of the main reasons they join militias. It is  important to investment in infrastructure is needed and will deliver concrete results:

“Reconstruction will create jobs, jobs will bring revenue, revenue will create home/family and whole community stability, creation of jobs would turn away the youth from joining rebel groups. He assured.

Mr. Ismael Kabuyaya, also reported the situation in North-Kivu and further highlighted the need for humanitarian assistance, in light of the recent government declared state of siege, and days after the Nyiragongo volcano eruption. However, he stated that he visited the city of Goma in the aftermath of the eruption and noticed a huge destruction of people’s livelihood in the east part of the city; homes, crop fields and animals burnt to ashes. Also, 50 human deaths were recorded by the local Red Cross. Schools, churches, businesses, roads, markets were destroyed.

He said the apparent unpreparedness on the part of the population and some government agencies caused a real pandemonium that sent many of Goma residents in all directions. Some going north to Rutshuru, Lubero; others went in West and South to Bukavu, other groups to Rwanda.

In conclusion, Why Develop Bapere, SSV Sarl was approached by the people of the region of Bapere including the chiefs of villages desiring and willing to develop their region. The team travelled for assessment but found a big gap between the area and other places: no roads, no shops, no schools, no health centers, no education and adults couldn’t read nor write their names, they never saw a car or motorcycle. They were shocked.

The webcast was joined by: 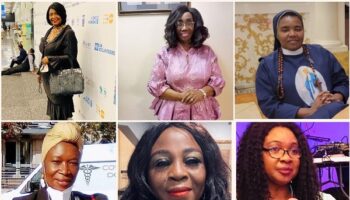 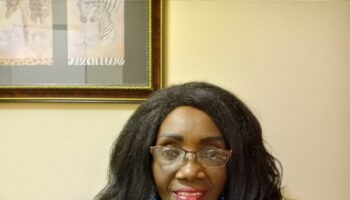 “Our mission is to educate the children, empower youths, alleviate the suffering women in DRC” – AWC President Marie-Rose Sirikari