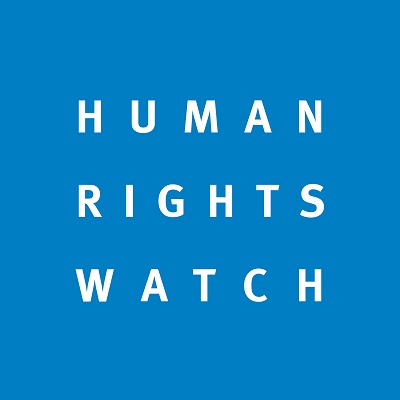 A four-year trial in the Democratic Republic of Congo failed to uncover the full truth about the 2017 murders of two United Nations investigators, Zaida Catalán and Michael Sharp, and the fate of their Congolese interpreter and motorbike drivers, Human Rights Watch said today.

Despite UN assistance, the court ignored leads pointing to the involvement of senior Congolese officials. The United Nations, United States, and Sweden should urgently open a credible international inquiry into the killings and the role of Congolese officials.

“Throughout the four-year trial, the prosecution never examined who planned and ordered the killing of the UN experts,” said Thomas Fessy, senior Congo researcher at Human Rights Watch. “The UN, US, and Sweden should acknowledge Congo’s failure to adequately investigate this crime and urgently lead a new and credible international inquiry into state responsibility for the murders.”

On January 29, 2022, a military court in Kananga sentenced to death 49 defendants, many in absentia, on various charges, including terrorism, murder, and the war crime of mutilation. An army officer Col. Jean de Dieu Mambweni was sentenced to 10 years in prison for disobeying orders. A local immigration officer, Thomas Nkashama, was among those sentenced to death. Two defendants were acquitted. Human Rights Watch has yet to be able to see the full 146-page verdict.

On March 12, 2017, unidentified assailants summarily executed Catalán, a Swede, and Sharp, an American, while they were documenting serious rights abuses and other UN sanctions violations in Kasai Central province for a UN Security Council expert panel. UN peacekeepers found their bodies two weeks later near the village of Bunkonde. Their Congolese interpreter, Betu Tshintela, is still missing as are three motorbike drivers who accompanied them, Isaac Kabuayi, Pascal Nzala, and Moise (surname unknown). The trial began in June 2017 before a military court in Kananga, the provincial capital, and a UN team, known as the Follow-on Mechanism, has been providing support and advice.

Violence tied to customary control over local chieftaincies erupted in the Kasai region in 2016. The conflict was linked to national political dynamics, with the Congolese army backing the leadership of people considered loyal to then-President Joseph Kabila and his political coalition, and some militia groups supporting those closer to the opposition. Over the course of the violence, hundreds of people were killed and over 200,000 people were displaced from their homes.

Kabila’s government initially blamed the Kamuina Nsapu militia for the murders of Catalán and Sharp, but mounting evidence has pointed to the role of high-level state officials, including through reporting by Radio France Internationale (RFI) and Reuters. A joint investigation by five international media outlets known as “Congo Files,” based on thousands of pages of leaked internal UN documents and interviews with dozens of key players, alleged that a UN team examining the murders covered up evidence suggesting that senior Congolese authorities may have been involved.

Throughout the four years of court hearings, the prosecution, assisted by the UN Follow-on Mechanism, never fully explored the participation of government authorities, continually blaming militiamen. As a result, full responsibility for the killings was not established, Human Rights Watch said.

Nearly five years on, there are still more questions than answers about those who bear ultimate responsibility for the murders of the UN investigators

On January 31, the military prosecutor, Col. Jean-Blaise Bwamulundu, announced the state’s intention to appeal the verdict given Congo’s moratorium on the death penalty, and stated that investigations would continue to ensure that others involved would be brought to justice. Human Rights Watch opposes the death penalty in all circumstances because of its inherent cruelty.

President Felix Tshisekedi previously said in meetings with Human Rights Watch, senior US officials, and others that he was committed to ensuring that the full truth was uncovered and that those most responsible for the murders were held to account. However, the trial showed that Congo’s judiciary was unable to provide real justice in this case, Human Rights Watch said.

The Kananga trial was marked by slow proceedings, and was suspended between March and October 2020 due to the Covid-19 pandemic. Out of more than 50 defendants, only a dozen were directly cited during the hearings. Some remain at large while two defendants died in detention in suspicious circumstances. At least three other defendants alleged that they were tortured by police and at the national intelligence agency headquarters. Others escaped from Kananga prison in May 2019 and have not been apprehended.

The lack of legal representation for defendants in violation of their basic right to counsel also led to numerous delays in the proceedings, while Congolese security services allegedly interfered with the investigation.

A Congolese journalist, Sosthene Kambidi, who has long investigated the violence in Kasai with international media and organizations, was arrested on September 21, 2021, and detained for three weeks over the origin of a video, he and others had obtained, that shows the execution of the two UN experts. His arrest caused a public outcry. He was never charged with a crime.

In August 2017, the UN Group of Experts on Congo, which Catalán and Sharp had served on, recommended that the Security Council mandate the secretary-general “to establish an independent international investigation” into the murders, but the call went unheeded.

On March 12, 2018, in a statement marking the one-year anniversary of the murders, Sweden’s administration said that “further international investigation may be necessary. And if so, we will call for it and work to ensure it is carried out. No stone should be left unturned in this work.” Four years later, the Swedish government should act on its statement and acknowledge the need for a new and impartial international investigation, Human Rights Watch said.

Following the verdicts, Sweden’s foreign affairs minister, Ann Linde, said it was “crucial that [an] investigation concerning others involved continue[d] to further uncover truth and bring justice.” On January 30, the US ambassador to Kinshasa, Mike Hammer, said that the investigation should continue “into all possible leads for justice to be fully served.”

“In order for the truth to emerge, all suspects, including those higher up in the hierarchy, need to be questioned, which has not yet been done,” Elizabeth Morseby, Catalán’s sister, tweeted after the verdict.

With the support of the US and Sweden, UN Secretary-General Antonio Guterres should use his authority to open a full-scale international investigation, pursuing leads until all avenues are exhausted, Human Rights Watch said. The US and Sweden should redouble diplomatic efforts to ensure that Congolese authorities and the UN are committed to uncovering the full truth. Congolese authorities, with UN support, should cooperate with the new investigation and ensure that the security of all witnesses and defendants is protected.

“Nearly five years on, there are still more questions than answers about those who bear ultimate responsibility for the murders of the UN investigators,” Fessy said. “The UN’s past failure, along with the US and Sweden, to investigate the deaths of Catalán and Sharp was a cynical betrayal. But this should not deter them from now conducting a credible investigation focusing on the chain of command behind the murders.” 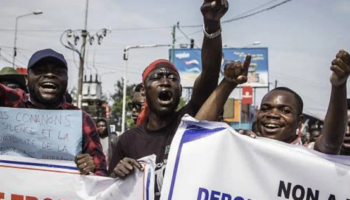 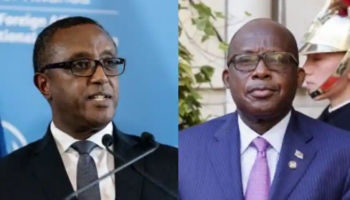 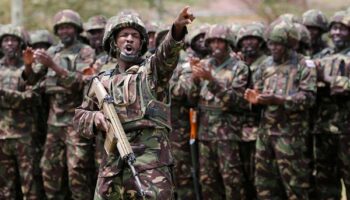 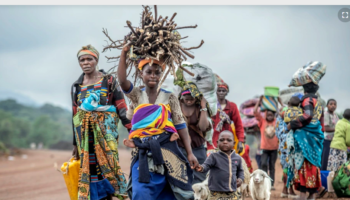 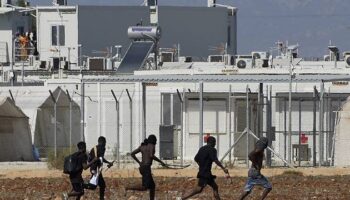