Issues with backlog on International Passports will be over soon, NIS Assures Nigerians 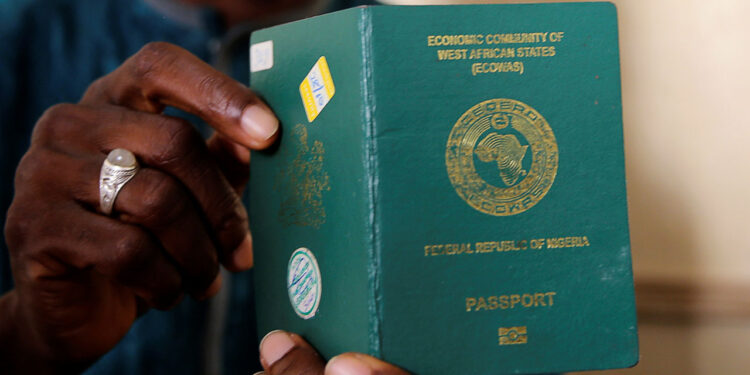 The Nigeria Immigration Service (NIS) has assured Nigerians that the issue of backlog of international passports in the country will be over soon, based on the introduction of enhanced e-Passport with polycarbonate data page and other security features, that has eliminated intermediaries, touts and agents in the application for new or renewal of passports.

The immediate past zonal coordinator, Zone F of NIS, comprising Oyo, Osun, Ondo, Ekiti and Kwara State, Mrs Dora Ejehi Amahian, gave the assurance in an interview with journalists on the sidelines of handing over the ceremony to Dr (Mrs) Loretta Oemi-Ockiya, who took over the task of coordinating Zone F of NIS from her, at the zonal headquarters, Ibadan, Oyo State capital, on Monday evening according to the sunewsonline.

Minister of Interior, Ogbeni Rauf Aregbesola, had on December 20, 2021, rolled and he also commissioned the Ibadan Production Centre for international passports, which is expected to serve Oyo, Osun, Ogun, Ondo, Ekiti and Kwara States. He said it would take a maximum of six weeks for Nigerians to obtain new international passports, while renewal of the passports would also take a maximum of three weeks.

Amahian, an Assistant Comptroller General (ACG), who is to resume as the Acting Deputy Comptroller General in charge of Planning Research and Statistics Directorate at the service headquarters in Abuja, said: “The problem that Immigration Service has all over the country is the issue of passport backlog, and very soon, that will be over, particularly with the introduction of the e-enhanced passport, which is a transparent process that does not allow any intermediary, touts, or agents to do it. You can do it yourself, by paying online. You don’t need anybody to do it for you. It is quite simple and the website is www.immigration.gov.ng.

“So, once you go online, make payment, you will pick the one that is applicable to you, whether it is new or re-issue. If it is a re-issue you are doing, you will click on Reissue, you will fill the form. After filling the form, you wi print it out and take it to Passport Office. It is a better kind of passport. It is of improved quality, unlike the ink one that we were using before; this is a technological-based one.”

Amahian, also noted that the Governors Seyi Makinde (Oyo), Gboyega Oyetola (Osun), Rotimi Akeredolu (Ondo), and Kayode Fayemi (Ekiti) have been very supportive, appealing to them to be more supportive to NIS.

The governors in this zone have been very supportive, particularly the governors in Osun, Ondo, and Ekiti. Oyo is not lagging behind either. He is pulling his weight. But I will urge them to please consider us as the image-maker of the country. We are and we should be treated as such. We need them to reconsider our position. They should not be saying the NIS belongs to the Federal Government. Yes, we work for the Federal Government. But at the same time, we are in the states to issue facilities to their citizens.

“So, that is why they should at least accord us more respect, more regard, and at the same time, help us in setting things. I won’t say they should come and fund the federal service organisation. But they know what to do.” 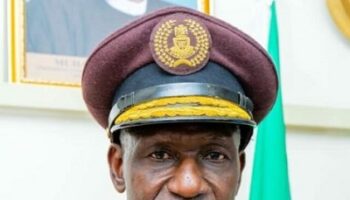