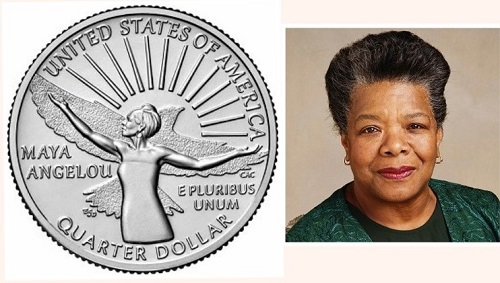 African-American poet, author, actress, and activist Maya Angelou is the first Black woman to appear on the American quarter, in a new version of the coin unveiled by the US Mint yesterday, the 10th of January 2022.

Angelou was born on the 4th of April in 1928, in St. Louis, Missouri. She had a very tough childhood. Her parents divorced when she was very young, became a mother at 16, yet she went on to become an icon.

Maya, author of the acclaimed 1969 memoir, I Know Why the Caged Bird Sings will also be the first figure commemorated through the American Women Quarters Program, which was signed into law in January 2021.

She received several honorary degrees and wrote over 30 bestselling works. In 2010, she was given a Presidential Medal of Freedom – the highest US civilian award by President Barack Obama

Angelou spent much of the 1960s here in Africa, living first in Egypt and then in Ghana, working as an editor and a freelance writer. Angelou also held a position at the University of Ghana for a time.

In Ghana, she also joined a community of “Revolutionist Returnees” exploring pan-Africanism and became close with human rights activist and Black nationalist leader Malcolm X. In 1964, upon returning to the United States, Angelou helped Malcolm X set up the Organization of Afro-American Unity, which disbanded after his assassination the following year.

The US Mint “has begun shipping the first coins” with Angelou’s likeness on the American quarter, a 25-cent piece, according to a press release from the agency

Culture and Tourism: Paraguay’s Afrodescendants celebrate their African roots with music and dancing 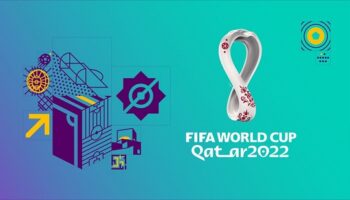