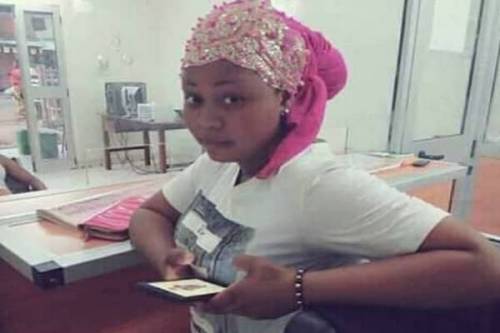 The Nigerian government and family of the woman who died in a prison in Cote D’Ivoire, Itunu Babalola, also known as Becky Paul, have rejected the autopsy result on the cause of the death of the deceased.

The father on Tuesday spoke with newsmen during a meeting with the Chairperson of the Nigerians in the Diaspora Commission, Abike Dabiri -Erewa.

The bereaved, Emmanuel Babalola told newsmen that he was convinced that his daughter was killed and he passionately called on Nigerians to ensure that justice is ensured.

Dabiri Erewa also said that the Federal Government of Nigeria has rejected the autopsy report, which she described as “unacceptable”.

Details of the result are yet to be made public.

This was made known by investigative journalist, David Hundeyin in a thread on his Twitter page.

According to him, the young lady contracted an infection in prison which led to her death on the night she died, with videos attached to the thread showed Babalola writhing in pain on the hospital bed after which she gave up the ghost.

We had on March 15 reported that Babalola, who was based in Bondoukou, Cote D’Ivoire was rotting in a detention camp for refusing to accept police “settlement” of N100,000 for the crime of burglary committed in her house.

The Ivorian police had allegedly threatened and resolved to deal with Itunu Babalola who reported the theft to them in October 2019, but the suspected burglar was said to be a top police officer’s close relative.

It was gathered that instead of charging the suspected burglar to court, the police perfected a plot to bribe Babalola to collect N100,000 for her stolen items, which she refused.

It was gathered that when the police authorities saw that she was adamant and insisting on getting justice, they prepared trumped-up charges against her and sent her to detention.

Hundeyin, who followed the case, stated that the woman had come to Nigeria to check on her sick mother in September 2019 when her house in Cote D’Ivoire was burgled.

The Nigerian Government, through NIDCOM and the Nigerian Mission in Abidjan, Cote d’Ivoire had said its investigation into the case of Itunu showed that she was innocent and was framed up.

The government said the former prosecutor in Cote d’Ivoire in collaboration with the police twisted the case against Itunu and accused the woman of human trafficking, leading to her conviction for 10 years, out of which she had unjustly served two years.

Gabriel Odu, of the NIDCOM’s Media, Public Relations and Protocols Unit, issued a statement at the time which noted that the Nigerian government would move to rescue Itunu having established that she was framed up by the Ivorian government.

However, several months after, the young lady died after being infected in prison.