So Long to Desmond Tutu, the Archbishop who Fought Apartheid and Injustices By Dr.Y 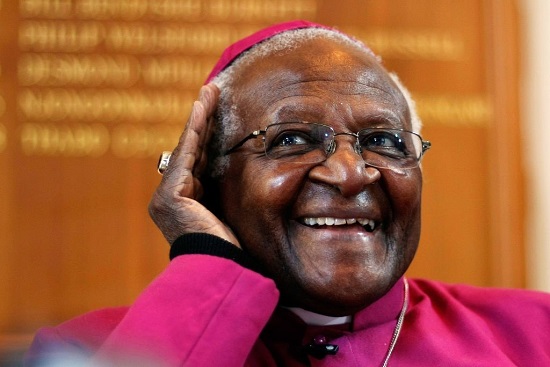 Yesterday, December 26, 2021, the 1984 Nobel peace prize winner, Archbishop Desmond Tutu passed away in his home in Cape Town, South Africa. As tributes pour in from around the world, all will remember him as an anti-apartheid hero. Contemporary to Nelson Mandela and to many other freedom fighters, he used his pulpit from his church to bring forward the injustices of the apartheid regime to the world. The BBC has an obituary about the life of this great man. Excerpts below are from the BBC.

Desmond Mpilo Tutu was born in 1931 in a small gold-mining town [Klerksdorp], in what was then the Transvaal. He first followed in his father’s footsteps as a teacher but abandoned that career after the passage of the Bantu Education Act in 1953 which introduced racial segregation in schools.

… He served as bishop of Lesotho from 1976-78, assistant bishop of Johannesburg and rector of a parish in Soweto, before his appointment as bishop of Johannesburg. It was as a dean that he first began to raise his voice against injustice in South Africa and again from 1977 onwards as general secretary of the South African Council of Churches. Already a high-profile figure before the 1976 rebellion in black townships, it was in the months before the Soweto violence that he first became known to white South Africans as a campaigner for reform.

His efforts saw him awarded the Nobel Peace Prize in 1984 … As head of the Anglican Church in South Africa, he continued to campaign actively against apartheid. In March 1988, he declared: “We refuse to be treated as the doormat for the government to wipe its jackboots on.”

… He was never afraid to voice his opinions. In April 1989, when he went to Birmingham in the UK, he criticised what he termed “two-nation” Britain, and said there were too many black people in the country’s prisons.

Later he angered the Israelis when, during a Christmas pilgrimage to the Holy Land, he compared black South Africans with the Arabs in the occupied West Bank and Gaza. He said he could not understand how people who had suffered as the Jews had, could inflict such suffering on the Palestinians.

… In November 1995, Mandela, by then South Africa’s president, asked Tutu to head a Truth and Reconciliation Commission, with the task of gathering evidence of apartheid-era crimes and recommending whether people confessing their involvement should receive amnesty. At the end of the commission’s inquiry, Tutu attacked South Africa’s former white leaders, saying most of them had lied in their testimony. The commission also accused the ANC of committing human rights abuses during its fight against apartheid. Both sides rejected the report.

… A small man, “the Arch”, as he was known, was gregarious and ebullient, emanating a spirit of joy despite his intense sense of mission. 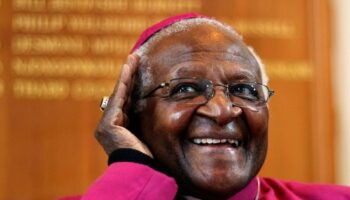