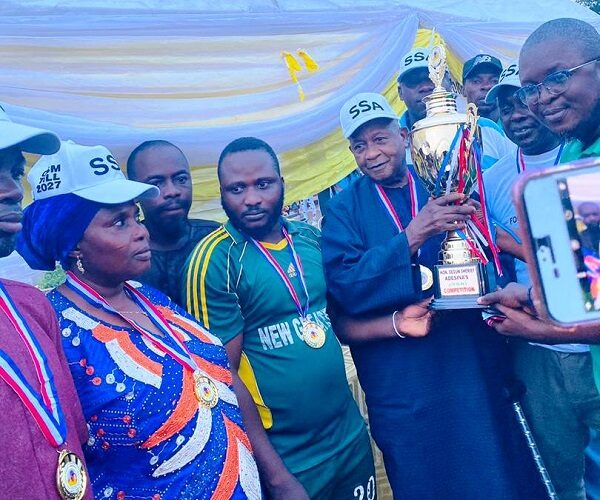 12 football teams drawn from the 11 Wards in Ibadan Northwest local government area of Oyo State have commenced hostilities when the annual Christmas/New Year SSA Football Competition, designed to engage youths during the festive period commenced in Ibadan over the weekend.

The big event tagged: ‘Festival of Football’ which is being sponsored by Hon. Segun Sheriff Adesina gets underway when the youth leader, Hon Olawoyin Adekunle performed the ceremonial Kick off at the Federal Cooperative College Playing Ground, Eleyele, Ibadan.

A novelty match played during the opening ceremony between SSA/Youth Leaders and Ibadan North/West Executives recorded 2-2 score line while Adesina FC defeated Ward one by a lone goal in the first match of the tourney, watched by an appreciable crowd.

Hon. Adesina, who is popularly known as SSA in his remarks during the opening event said the basis behind the event that began two years ago is to promote unity, peace and development of football in the North/West local government area of Oyo State.

He added that indoor games, such as ludo and draught will be added to this year’s edition to give room for elders in the council area to have a fair share in the festive celebration.

“This event is deliberately designed and scheduled as part of activities marking the festive season and also geared towards complementing the effort of our amiable, dynamic and visionary Governor, His Excellency, Engr. Oluseyi Abiodun Makinde in the areas of Sports Development and Youth Empowerment”, SSA noted. 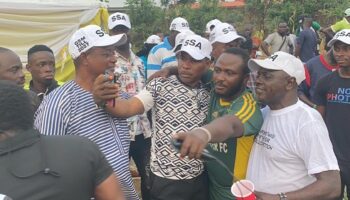