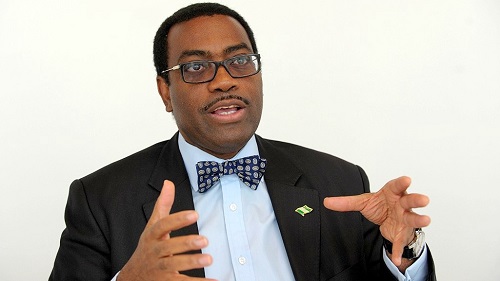 Akinwumi Adesina, president of the African Development Bank (AfDB), says the lack of reliable power supply is affecting the growth of industries in Nigeria.

Adesina said this on Tuesday while speaking at the 49th annual general meeting of the Manufacturers Association of Nigeria (MAN) in Abuja. Barristerng.com reports

Quoting a report by the International Monetary Fund (IMF), Adesina said the country loses $29 billion annually, which is about 5.8 percent of its gross domestic product (GDP) due to a lack of reliable power supply.

He also added that Nigerians spend $14 billion yearly on generators and fuel.

“Today, no business can survive in Nigeria without generators. Consequently, the abnormal has become normal,” Adesina said.

“Traveling on a road one day in Lagos, I saw an advertisement on a billboard which caught my attention. It was advertising generators, with the bold statement “we are the nation’s number one reliable power supplier!”

Adesina said the manufacturing sector in Nigeria is faced with numerous challenges; chief among them is power supply.

“To be a manufacturer in Nigeria is not an easy business. You succeed not because of the ease of doing business, but by surmounting several constraints that limit industrial manufacturing,” he said.

Noting that Nigeria focuses on the model of import substitution, he lamented that the manufacturing sector represents only three percent of total revenue from exports, but accounts for 50 percent of imports.

He advised the country to create wealth through a greater export market and value diversification.

The AfDB president further said that unless Nigeria decisively tackles its energy deficiency and reliability, its industries will always remain uncompetitive.

“There should be massive investments in variable energy mixes, including gas, hydropower resources, and large scale solar systems to ensure stable baseload power for industries, to direct power preferentially to industries, and to support industrial mini-grids to concentrate power in industrial zones,” he added.

“In addition, we should develop more efficient utilities, reducing technical and non-technical losses in power generation, transmission and distribution systems.”

He said Nigeria should respect the rule of law for illegal imports not to happen.

“The size of the free trade zone, with a collective GDP of 3.3 trillion dollars, makes it the largest free trade zone in the world by the number of countries,” he said.

“We must be ready to seize the opportunity and become a key player based on our massive potential.” 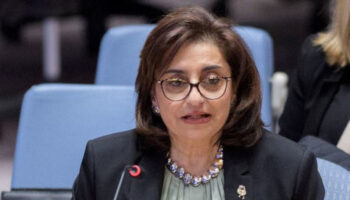