FESPACO 2021: One of Africa’s Biggest Film Festival is back!

The African film festival, FESPACO, is back this year after the pandemic, the lockdowns of the past year and a half, and an 8-months delay (the biennial event was originally scheduled for February 27 – March 6, but had to be postponed because of the Coronavirus pandemic). It is back in Ouagadougou amidst the health situation and also the security issues that have surfaced in the Sahel region, and particularly in Burkina Faso, in the past few years.

The Festival Panafricain du cinema et de la television de Ouagadougou (FESPACO) is the Panafrican Film and Television Festival of Ouagadougou, which happens to be the largest African film festival. It is held biennially in Ouagadougou, the capital of Burkina Faso. First established in 1969, and boasting some of Africa’s greatest writers and filmmakers (like Ousmane Sembene), the FESPACO offers a chance for African filmmakers and professionals to showcase their work, exchange ideas, and meet other filmmakers, and sponsors.

This year’s FESPACO started on October 16th and will end on October 23rd. It promises to be great with filmmakers from around the continent coming to Ouagadougou to celebrate African cinema. After over a year of confinement, with life and particularly travel almost coming to a grinding stop, the festival promises to bring some much-needed entertainment and joy.

Over 200 films made by Africans and mainly produced in Africa have been selected for the week-long event. The official selection will see 17 feature-length films compete for the festival’s top prize, the Golden Stallion of Yennenga.

Among them is Burkinabe Boubacar Diallo’s comedy Les Trois Lascars (The Three Lascars), Chadian Mahamat Saleh Haroun with Lingui, les liens sacrés (Lingui, the sacred links), Congolese Dieudo Hamadi with documentary En route pour le milliard (On the road for the billion), Ivorian Philippe Lacôte with his much appreciated La nuit des rois (The night of the kings), Senegalese Aissa Maiga with Marcher sur l’eau (Walking on water), Algerian Hassane Mezine with Fanon hier, aujourd’hui (Fanon yesterday, today), Tunisian Leyla Bouziz with Une histoire d’amour et de desir (a story of love and desire), Cameroonian Narcisse Wandji with Bendskins (Moto-taxis), Namibian  Desiree Kahikopo-Meiffret with The White Line, Tanzanian Ekwa Msangi with Farewell Amor, …  It will be impossible to list here all that the festival has to offer, but know that it is quite extensive and everybody will have its fill. Enjoy FESPACO 2021!!! 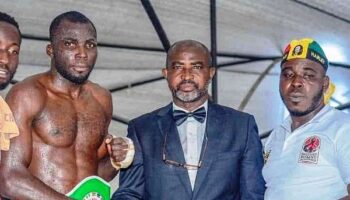