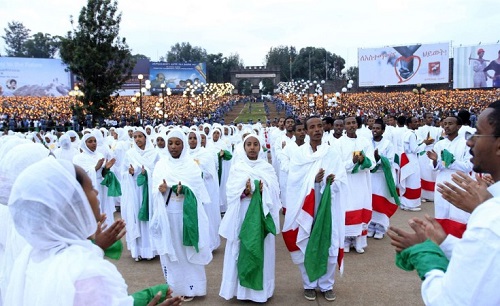 Ethiopia’s marked one of its most famous and colourful holidays but drew a much smaller crowd due to coronavirus measures.

Meskel — otherwise known as finding the cross — is the Christian celebration that marks the finding by Roman empress Helena of the so-called “true cross” on which Jesus was crucified.

There are usually tens of thousands who participate in drumming, dancing, and prayer.

But this year, only church members attended the ceremony In Meskel Square in Addis Ababa on Saturday. 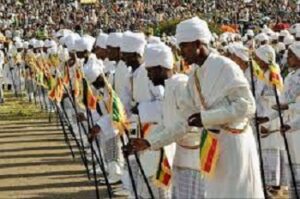 The festival is also a time when families get together and migrant workers return home.

Hundreds of thousands of people from diverse communities flock to the square dressed as priests chant hymns and prayers and perform their unique rhythmic dance in front of the pyre.

Participants of the holiday are believed to receive spiritual rewards from the celebration and blessings from the Holy Cross.

Though smaller- the celebrations continued into the night and ended with the large bonfire- known as Demera.

It is believed the smoke from a bonfire showed Queen Eleni, as she is also known, the way to where the true cross was buried. 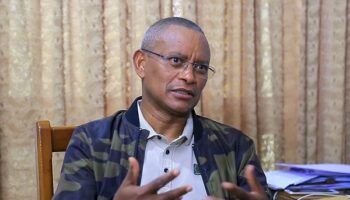 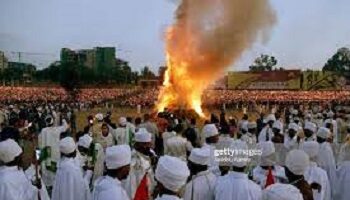 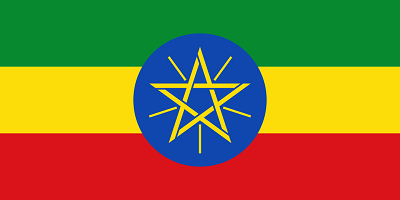