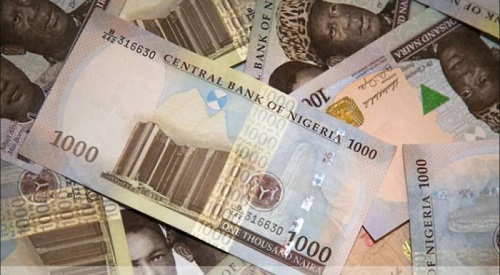 The Central Bank of Nigeria (CBN) will launch a digital currency, e-Naira in October to coincide with the nation’s independence anniversary according to barristerng, an online newspaper.

Governor Godwin Emefiele has assured that the advantages of the Central Bank Digital Currency (CBDC) are enormous.

The apex bank chief urged Nigerians to embrace the e-Naira and explained it is safer than cryptocurrencies.

Things to know and the benefits:

Digital currency is the electronic form of fiat money issued by governments. However, many confuse it with cryptocurrency which is a store of value secured by encryption.

The central bank of a country supervises digital currency. Cryptocurrencies are not regulated by any government, reason why authorities warn against bitcoin, ethereum, and the likes.

According to The Atlantic Council, more than 80 countries are now exploring a CBDC against 35 countries in May 2020.

The American think tank says China – which banned crypto dealings – is ahead, allowing foreign visitors to use digital yuan if they provide passport information to the People’s Bank of China,

The Bahamian Sand Dollar was the first CBDC to become widely available; over 14 countries are in the pilot stage while 5 have fully launched.

They are the Bahamas, Saint Kitts and Nevis, Antigua and Barbuda, Saint Lucia, and Grenada.

In 2017, the CBN took the decision to digitize the Naira, following the rise in the use of digital payments and acceptance of the digital economy.

In late August 2021, the regulator announced the selection of Fintech company, Bitt Inc., as the Technical Partner.

The firm was key to the development and launch of the CBDC pilot of the Eastern Caribbean Central Bank (ECCB) in April 2021.

The e-Naira would only exist in digital and electronic form. Individuals and financial institutions can track transactions easier.

e-Naira local and international transfers can be made within a little time and at cheaper rates. It simplifies cross-border trade and guarantees a faster inflow of remittances.

Users would be able to transfer existing funds in bank accounts to their digital currency account.

The digital currency would be implemented through a two-tiered model to enable a structure that allows public-private partnerships.

The CBN will design the e-Naira but disseminate it through regulated financial institutions. They would provide digital cash to persons and businesses.

ECA, ICC to launch centre of entrepreneurship in Africa

Buhari to attend 76th Session of the UN General Assembly