Zambia’s new president, Hakainde Hichilema, to join the IMF, WHO and IFC at The Africa Debate next week 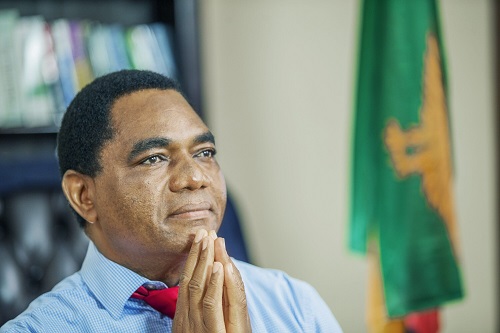 The newly elected President of Zambia, H.E. Hakainde Hichilema, will address over 1000 global businesses and investors at Invest Africa (InvestAfrica.com)’s flagship event, The Africa Debate (TheAfricaDebate.com), on 15th September. The virtual broadcast will see President Hichilema outline his plans to restore macro-economic stability to Zambia in conversation with the Chairman of Invest Africa, Rob Hersov.

Hichilema was elected to the Zambian presidency last month on the promise to tackle the county’s debt problem and usher in a return to growth. Zambia has been hit hard by the pandemic, falling into its first recession since 1998 last year. In November 2020, the country became the first African nation to default on its sovereign debt since the start of the pandemic. The global shutdown came on the tails of a challenging few years which had seen growth slow to around 3% since 2015.

In his inaugural address, Hichilema stated that his government’s “focus over the next five years will be on restoring macroeconomic stability”. He promised to “grow [the Zambian] economy so that we can list more people out of poverty than ever before.” Securing an IMF deal is high on the new President’s list of priorities as he seeks to rebuild his nation’s financial credibility globally. He has appointed former IMF advisor, Situmbeko Musokotwane, as his finance minister, promising to balance the budget and tackle corruption.

At The Africa Debate, President Hichilema will join a line up that includes senior representatives from the IMF, the African Development Bank, the International Finance Corporation, the Development Bank of Southern Africa, and Afreximbank as well as private investors Ninety One, Alterra Capital, Leapfrog Investments and Renaissance Capital (bit.ly/3yJnbTL).

The online forum will provide the opportunity for Africa’s newest leader to introduce his policy platform to global investors and businesses. Securing private sector buy-in will be essential to the incoming government’s promise to stimulate growth and create jobs for Zambia’s young population.

Karen Taylor, CEO of Invest Africa said, “We are delighted to welcome H.E. Hakainde Hichilema to The Africa Debate following his election to the Zambian presidency last month. The Africa Debate has a long history of hosting Heads of State from across the Continent and providing a platform for direct dialogue with international investors and multinational businesses. We look forward to receiving an update from President Hichilema on his government’s priorities for the Zambian economy going forward.”