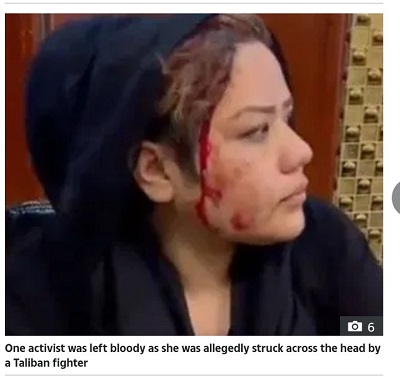 TALIBAN soldiers allegedly tear-gassed and beat bloody a group of women’s rights protesters who were marching through Kabul.

Footage shows the chaotic scenes as a group of women can be heard screaming and coughing as Taliban forces cradling guns appear to order them to disperse.

Taliban fighters reportedly fired their weapons into the air, used tear gas, and struck members of the protests when they attempted to march on the presidential palace.

Video also shows one protester with a bloody face after she was allegedly hit across the head by one of the fighters.

And in another clip, a demonstrator can be seen snatching a megaphone from a Taliban official amid the chaotic scenes as the soldiers try to force back the march. 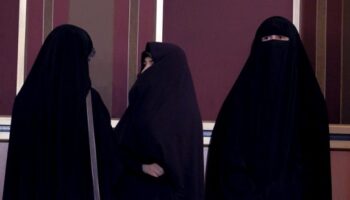