OPINION: Is Remodeled Adamasingba Stadium Yet Another White Elephant Project? By Alaba Abdulrazak 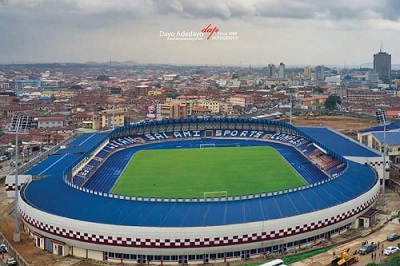 Since Governor Seyi Makinde came on board, I have had certain reservations about the cost of executing certain contracts in the Pacesetter State. The reason is that the service delivery of many of these projects is not incommensurate with the amounts expended on them.

However, when I heard that the contract for remodelling of Adamasingba Stadium built-in 1976, has been awarded, I was happy. I never bothered about the rationale of using N5.5bn for such remodelling. I was happy that the stadium that had suffered decades of neglect and converted to beer parlour joints has received the attention of our dear Governor Seyi Makinde.

As an indigene of Oyo state, I kept up to date with development on the stadium and was happy when I heard that it would be unveiled on September 1, 2021.

The unveiling of the remodelled Adamasingba Stadium yesterday was like a carnival of sort. It had in attendance former Vice President Atiku Abubakar, ex-governors and many other dignitaries.

Even before yesterday’s unveiling, the elated Governor Seyi Makinde who visited the stadium a few days ago even expressed satisfaction with the work done by the contractor. The Governor was so happy that he even invited a foreign club from Slovenia to come and play the Shooting Stars of Ibadan 8pm on September 1, 2021, under floodlight.

The State government I gathered footed the bills of the invited foreign club. And not only that, so much money was also paid to Supersport, Channels TV and others to broadcast it live.

Unfortunately, just a few minutes of rain after the commencement of the match, the N5.5bn ‘Remodelled Adamasingba Stadium’ turned into a pool as the players found it difficult playing on it.

I asked myself-is this, not a Stadium that gulped N5.5bn? It’s expected that a Stadium that cost such an exorbitant amount of money for remodelling should have a pitch that is waterproof or at least water-resistant synthetic grass should have been used to meet up with the FIFA standard they want us to believe.

Does one wonder if this is the same stadium that some people claimed FIFA and other football federations are involved in?

I read a statement credited to the Chairman of Oyo State Sports Council, Gbenga Adewusi, that the Federation of International Football Association (FIFA) and the Nigerian Football Federation (NFF) was actively involved in the remodelling of the Stadium.
According to him, the involvement of the two federations was to ensure that the upgrade meets their standards for international matches which the state government intends to achieve.
He also stated that a well-equipped studio is a major requirement from FIFA.

I believe that the involvement of FIFA and NFF is still a claim that must be verified, yet questions must be asked about those who gave the contractor a pass mark for a project that has turned out to be a1 mockery of our dear State.

Also, in sharp contrast to Adewusi’s claim on the remodelled Adamasingba Stadium, a standard stadium should be equipped with the highest quality materials. In this way, both the spectators will watch a good quality game and the footballers too will play in a comfortable pitch.

FIFA approved football pitch, must be built with the capacity to play a professional match without hitches. A football competition can only be played in stadiums that meet the structural and technical requirements. Necessary measures should be put in place to ensure hitch-free use of the stadium. A pitch should be of natural turf or artificial turf that must be water-resistant. 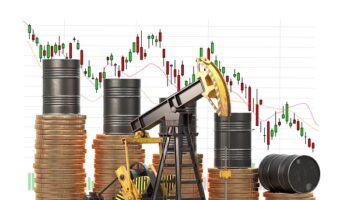 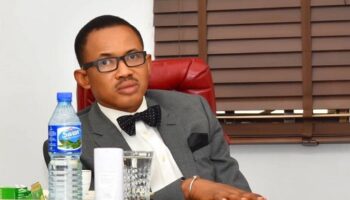