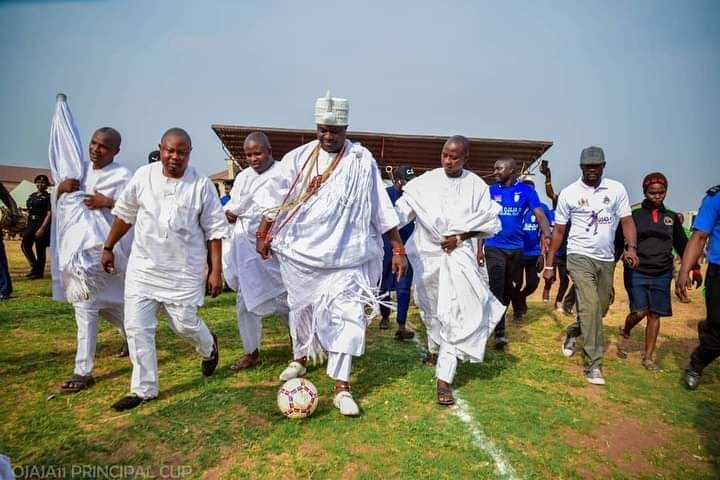 The president of the first recreation metropolitan Club in Africa, Ibadan Tennis Club, (ITC) Prince Oluwole Peter Akinyooye has commended the Governor of Osun State, Mr. Gboyega Oyetola over his drive to develop sports in the state, vowing to complement his efforts in this regard.

Akinyooye who hailed from one of the ruling house in Ifon-Osun, Orolu Local Government Area of Osun State told sports journalists in Ibadan that he is very impressed by the approach the administration of Gov. Oyetola is using to develop sport in Osun state which is fast yielding results.

“Governor Adegboyega Oyetola has set the pace for its tourism and sports development with the Vision 30-30 Reality master plan which is geared towards expanding the economic base of the state on a short and long term basis”, Prince Akinyooye noted.

Adding that sports and tourism activities in Osun State has tremendously improved from where it was in the last four to five years ago, and he’s going to join this sports developmental drive by replicating what he’s doing presently at ITC in Orolu Local Government where he came from.

ITC boss averred that the Ooni of Ife, Oba Enitan Ogunwusi has done very well in the area of sports development in Osun with his many initiatives which includes having a football club that is playing in amateur league, organizing competitions among communities and sport’s clubs.

“I must also recognize and commend His Royal Majesty Oba Enitan Ogunwusi, the Ooni of Ife for his many efforts to develop sports in Osun through his many initiatives that includes grassroots competitions among schools, communities and clubs, ITC won an inter-club sports competition initiated by Kabiyesi recently”, said ITC boss.