Aside the popularly known external factors militating against Africa’s progress and development notably among which is, the long protracted balance of payment deficit, fiscal deficit , debt over hung,a number of  factors which are said to be  internal shortcomings of Africans themselves,are also said to be blamable.

The effect of Black magic and Sorcery also popularly referred to as”African electronics” is also said to constitute one of the internal factors badly affecting Africa’s progress and development.

To find out more, ADM,Ghana caught up with  with Tunisian cleric/mystic,Shiekh Ben Halima Abderraouf currently on a two-month Ruqya or psychic healing mission to Ghana.

Shiekh ben Halima is known in a number of African countries where he has established psychic healing and exorcism centers run and manned by his local  trainees with his mandate to do healing on his behalf.

The cleric believes among the  local factors, the slave and past colonial domination  mentality,sorcery and corruption are the worse offenders.

Such people he lamented, don’t  even show any sense of guilt when they should get the chance to take  undue advantage of their less unfortunate African fellows.

’This is a big affront to the cultivation of a  common sense of belonging and fostering of unity  for a common purpose to ensure even development and shared prosperity for the good people of  Africa with so much natural resources endowment.

To address  this undesirable situation,the current generation of  Africans,he suggests, must endeavour to catch the up and coming generations young.

He was of the view that, inculcating in growing up African children good  moral and ethical values with positive mindsets that shuns slave and past colonial domination mentality in their relations and dealings with their  fellow Africans would be very good for Africa’s progress and development.

On a more serious note,he is of the view that,,factoring of a new paradigm of mental renaissance premised on sense of togetherness for a common purpose as part of  the  upbringing of the African young ones,would be very important and could even be incorporated into the educational curricula of African countries.

That at best could even be incorporated into the  national  development agendas of the various African countries since it  would be prudent for achieving the much cherished continental economic integration moving on..

On whether sorcery is really an affront to progress and development in Africa,he said it is indeed one of the major internal factors.

Even though its cost he sadly notes,cannot be easily and really quantified,as a practitioner in psychic healing in Africa for some  decades today,he is aware of the use of sorcery and black magic by some Africans to fight their fellow Africans out of envy and sheer jealousy.

Many  a born African genius,potential leaders,enterprising people with bright futures whose success in life could have afforded them the opportunity to impact their societies and nations  most positively, often become victims of sorcery and black magic resulting in long protracted blockages in their lives.

Shiekh also bemoans the use of black magic by some Africans to  fight fellow Africans at work places simply because such innocent people want to see the ideal work ethics upheld and the right thing done in the interest of the corporate entity they are entrusted with some management responsibility. This often lead to compromising of standard work ethics and eventual collapse collapse of such entities.

On the issue of corruption,Shiekh says he couldn’t  easily think of  any effective remedial action towards it,but it  no doubt constitutes one of the  big hurdles  to Africa’s progress and development. Thus,some how Africans must come out with an effective means of scaling it down even if not completely eradicating it

Shiekh also cited other cases public spirited African individuals  who became victims  of sorcery and black magic simply because they made moves to put in place humanitarian projects that would have benefited members of their society. Such attacks in some cases,he said,are orchestrated by family enemies of the victim.

Sorcerers he says employ the services of demonic forces referred to as jinni in Arabic to haunt and torment their victims through long protracted ailments and problems of all sorts.

Black magical powers is highly developed in Africa Shiekh admits  and sadly notes that in most cases,used for evil and destructive purposes  rather than for the good of Africans and their  societies.

On a snapshot of use of black magic worldwide, he noted that it is currently relatively lower in the European countries such as France where he had once resided before stating that, that part of the world also had it in their past history but they  have since moved past the stage in which Africa still finds herself now.

The grand Shiekh said black magic is also found minimally  in  Arabia,with considerable high occurrence in East Asian countries such as Pakistan and India.Island countries like Madagascar he also noted has  high occurrence of it.

Shiekh Ben Halima is known in Ghana and other African countries where he operates healing centers run and managed by local citizens who have to first  receive hands on practical  training from him before they are certified to do healing on his behalf.

The form of healing Shiekh Ben Halima practices is termed Islamic medicine otherwise known as Prophetic  healing that adopts  a holistic approach for addressing both psychic  and physical health needs of man.

Ruqiya is the is the spiritual or psychic healing component but could also be extended to include physical ailments  healing within the broader context of the prophetic or Islamic medicine.

On the issue of corruption,Shiekh says he couldn’t  easily think of  any remedial action towards it,but it no doubt constitutes one of the  big hurdles  to Africa’s progress and development. Thus,some how Africans must come out with an effective means of scaling it down even if not completely eradicating it

Shiekh Ben Halima’s 150-page  book,”AL-RUQYA AL-SHARIYAH”,Exorcism According to the Qur’an and Sunnah gives  astounding insights into the inter-relationship between the spirit world and our human physical world as well as the interplay and collaboration  between some elements in both divides either for good or for evil.

The Ruqya healing services of Shiekh is opened to all the spiritually and physically  afflicted irrespective of ones religious or other persuasions. 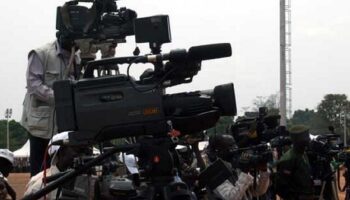 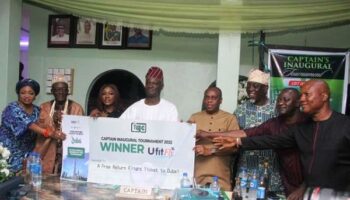 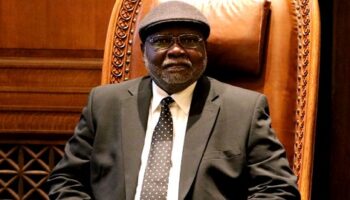